Last week A colleague & I attended Legaltech 2013 that was held in an old-looking , soon-to- be restored Hilton in the heart of the big apple. It was quite different from the predicted assumptions that we have elaborated throughout the years.

It is easy to get frustrated at times by the gigantic number of vendors that dived into the ever-rewarding e-discovery market, and this unjustified commercialization of the concept. On the bright spot, several practice management systems were introduced to the consultants and techies ….. just to keep things interesting. Some Exhibitors showed great energy and marketed their products in a very attractive way, e.g. Thomson Reuters stand presented a unified picture of the various applications, unlike past years they seemed to be comfortable in their own skin. I firmly believe that after several years of acquisitions, the company is now linking together all the pieces to present  the technology as an actual solution. There were also a number of new players and people exploring the legal market some of the most entertaining were international vendors bringing their products to the corporate realm. To my surprise Several Asian technology companies were present to showcase their solution to the lucrative north-American market. A number of Indian based companies…needed a little boost in terms of their marketing firepower!!
So… we mentioned the energetic guys ….now let’s talk about the disappointing folks. From my perspective, I thought several vendors lacked dynamism, or motivation, maybe because of the ridiculous lack of space or the dominance of ediscovery solutions by the big players in the market.
The keynotes were unfortunately legally biased and ediscovery. There must be very big money in this but by its nature it is us biased. Elsewhere in the world judicial activism and community pressure reduces litigation costs. Keynotes should usually relate to the subject of the conference ,however the mesmerizing  part  was the fact that technology was rarely mentioned , while its core mentioned  where religion/north-east/bad jokes /ethics  stand within the practice of law …yeah not very surprising!! 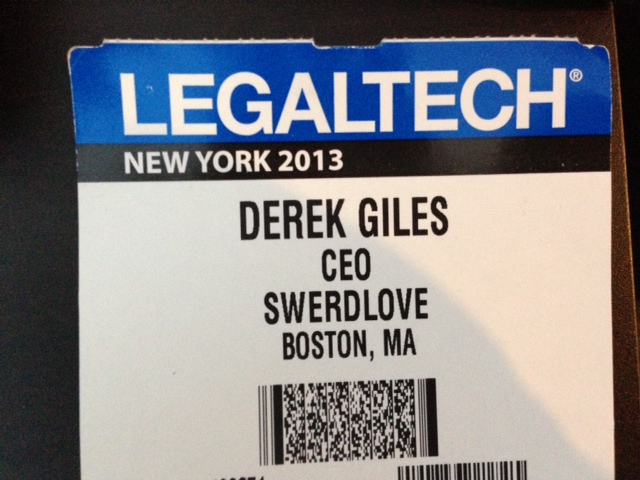 August 20, 2014
Billing quick wins How you bill your clients makes a big difference to cash flow. The way you bill has everything to do with how payment will be made. Are you giving your clients an easy excuse to not pay you?   1. State the payment terms Firms traditionally offer credit easily. Whilst new clients are accepted through a risk analysis process the voice of the Credit Controller is not heard enough. These processes should identify potential risks through references to available searches and past history including the firm’s own records. Before you offer credit make sure you agree and negotiate the terms of payment. You do not have to accept the 30 days from the end of the month the invoice was received. You are allowed to ask for a shorter term. What is important is that the client understands the terms and agrees to these terms before you start the matter. As a reminder, always ensure that the payment terms are listed on every bill. State the actual due date which is mo
Read more

August 17, 2017
According to BuiltWith a site measuring the top web sites and the technology used behind it the results for August show Shopify building to a 19% share of "Australian" eCommerce sites. There are a few holes here though as this uses geographical data and .au  domains. It is cheaper to use a .com domain though and many sites are hosted on remote servers. BigCommerce also saw some local growth with some better pricing and more attention to new sites. This came at the expense of old systems like osCommerce and ZenCart. The "Other" space has grown which includes Neto . Statistics for websites using Ecommerce technologies in Australia https://trends.builtwith.com/shop/country/Australia When looking globally at the top Million sites Shopify is dwarfed by WooCommerce. As we have pointed out WooCommerce is used by a very large number of sites, it may not be as successful but it gives a shopfront at little cost. The global strength of WooCommerce was throu
Read more